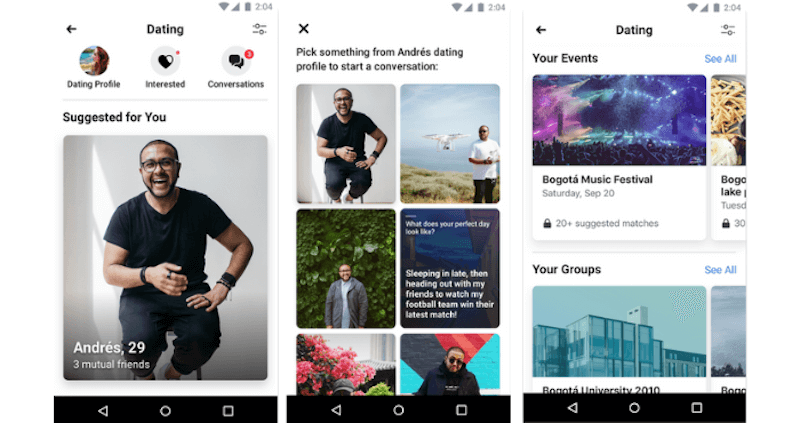 by Kem in Services category

When everything is going online so the dating is. Here we are going to list top 5 online Dating Apps which can make your life for date and mates a lot more easier.

Tinder is a well-known name for online dating, Where its changed the way of dating. Tinder is available worldwide and you can get a good amount of ratio in all cities.

For a reason, tinder keeps rolling out a new feature for now tinder is testing “My Move” Feature in India which gives the Freedom/Limitation for females to initiate the conversation first like Bumble App.

If you heard this name for the first time then you are not alone. Bumble is one of the fastest growing dating app in 2018. It gives you nice detailed matches. Quailty of users are good and less spamming.

Its Started from USA and Europe but now spreading their feet worldwide. You can find a higher number of matches in the USA and Europe where is not much popular in South East Asia yet.

Special known features which makes it diffrent from tinder is, After any match girl will get a time of 24Hrs for initiating the conversastion with you else it will be unmatched after the time limit.

Badoo is number one online dating app in south east asia for now. Its gives you more features in a comparison of tinder and bumble in chat like sharing media and uploading muliple pictures. Quality of users is low and spam rates are high.

Happn is certainly different than any other dating app because it helps you meet people whom you’ve passed by on the streets or anywhere else in real life. Just install and activate the Happn app on your smartphone, then take it with you wherever you go. The app will track your location and detect whenever you are physically close to another member. You won’t realize it until you check your smartphone and see the members that come up on your screen. This gives you an easy excuse to strike up a conversation with them, especially if you two had unknowingly been at a specific event or gathering together.

Hinge operates by helping users find a match that they share mutual friends with. Based on their Facebook friends Hinge will present many profiles that they can scroll down through. It’s had a recent revamp putting a heavy focus on it being an app strictly for relationships. I guess it makes sense because you probably don’t want to have too many hookups with friends of friends. It could result in a few awkward moments at the next group drinks.

It apparently creates “smart matches” between people who are looking for something similar. This is because it allows users to make clear what they are “looking for” as well as a series of “prompts” of which they can choose 3. These include finishing sentences on their profile such as “the dorkiest thing about me is…” Even though users view profiles in a similar way to Tinder and either like or dislike them, apparently they are only presented with matches Hinge’s algorithm has determined they would like.

Facebook Dating is not yet available for many people, but going into 2019 expect it to hit your news feed. As I wrote about in this article, once opted in Facebook Dating will give users daily suggestions of other singles. Keep in mind, it’s technically not an app, rather an extra feature within Facebook, like ‘marketplace’. Users can either express their interest in other singles, look through upcoming events or browse groups they are joined to view other like-minded singles. Facebook appears to be putting a heavy focus on separating itself from apps like Tinder, and being the go-to place for serious relationships.